The Real Reason You Need To Stop Settling For Less

And How To Attract The Right Relationships. 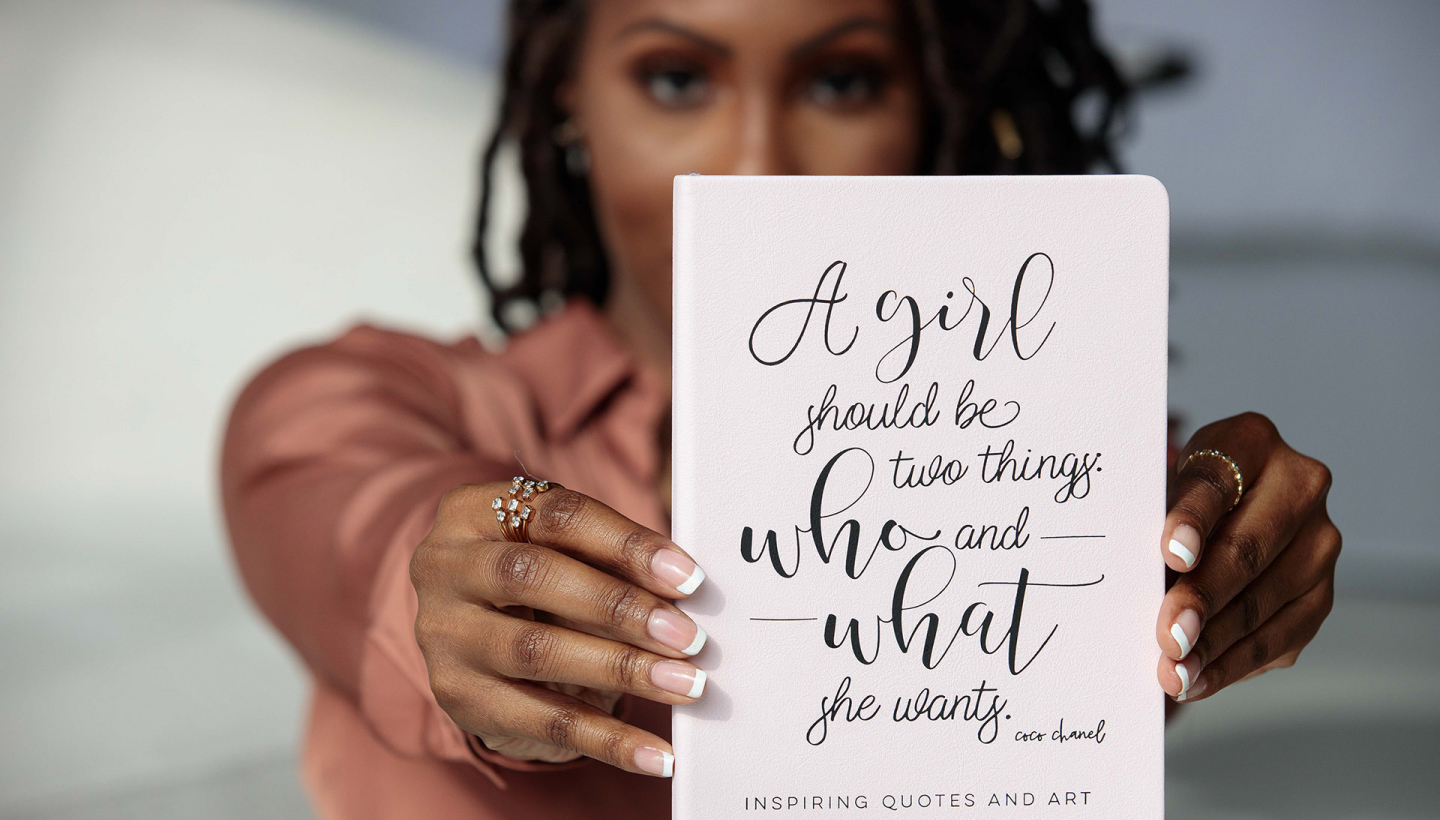 Why Date Traditionally When You Can Benefit?

Relationship-Settling: Compromising your own needs and values to maintain a relationship that doesn’t further your growth.

We don’t exactly say to ourselves, “OK, this is where the road ends for me because I don’t think I can do any better than this.” But that’s exactly what we do. Sometimes we’re aware of it, and other times we push it down into our subconscious. Our intuition will bring it up now and again, but…

We become talented in the art of ignoring.

Now why in the world do we do this? Well, it has everything to do with how we feel about ourselves. Many women operate daily with low self-worth. They don’t trust themselves or their ability to truly grow and follow their dreams.

So, the first man to offer validation and a sense of security will become the end all be all.

Maybe he’s got an OK job and makes you feel safe. He’s average in most areas, but at least you have someone to take to your cousin’s wedding (you’re always judged for showing up alone).

Maybe he’s providing for you (pays your rent or cover your bills), and it becomes a relationship of convenience. You’re not really furthering your growth and you consider leaving…but are unsure if you can afford to.

Maybe he’s the first guy to call you pretty on a regular basis. You’ve been wanting to hear this affirmation since your ‘tomboy years’, and you’re afraid of letting go to grow.

So we settle with this individual and begin a relationship, even if it leads us into stagnation. But then, one of two outcomes will happen.

If you choose option 2, you’re settling.

You’re letting go of what’s really important to you.

It means lowering the bar of what is and is not acceptable in your relationship (how you are treated, how you communicate etc.)

You always wanted to travel the world, but it doesn’t fit with his schedule. The only way you know how to compromise is to not go. Your dreams become second to the relationship.

He’s not exactly the guy you dreamed about, but he’s there and makes you feel less lonely. Soon the novelty of a warm body wears off, and you resent how he doesn’t stack up to your needs.

He doesn’t treat you like a priority, but you figure you don’t need to be the center of anyone’s universe. You’re independent (Destiny’s Child style)! But he stays out later and later without texting. Being an afterthought becomes your new normal.

This results in such a disconnect between your inner desires and how you live daily. It’s heavy, difficult, and it hurts your soul. But the good news is, you can reverse this at any time… As Coco Chanel says, “A girl should be two things: who and what she wants.”

This isn’t just lip service advice from a fashion icon. It’s an attainable lifestyle. All you have to do is let go of what no longer makes your heart sing, “I’m askin’ you what can you do for me” in your best karaoke attempt of Gwen Guthrie’s hit song.

That’s where I come in!

CLEAR AND UNDERSTANDABLE STEPS FOR SUCCESS.

Taylor gave me insight on how I was going about asking for what I wanted. She gave some clear and understandable steps and left me wanting more. So much that I signed up for a coaching session! (Source: Clarity)

I help women identify pathways that further their growth, allow them to exceed their loftiest goals, attract the right relationships, and find true belonging in the world!

I’ve worked with women of every background and circumstance; from Playboys and B-list celebrities to college students. All ages, size, shape, and color.

And over time I’ve learned something. If a woman isn’t aware that she’s settling for less…she’ll never look for better. So if you’re reading this, it likely means that you’ve already arrived at this point. Perhaps that seems like a small step but TRUST ME, It’s HUGE! 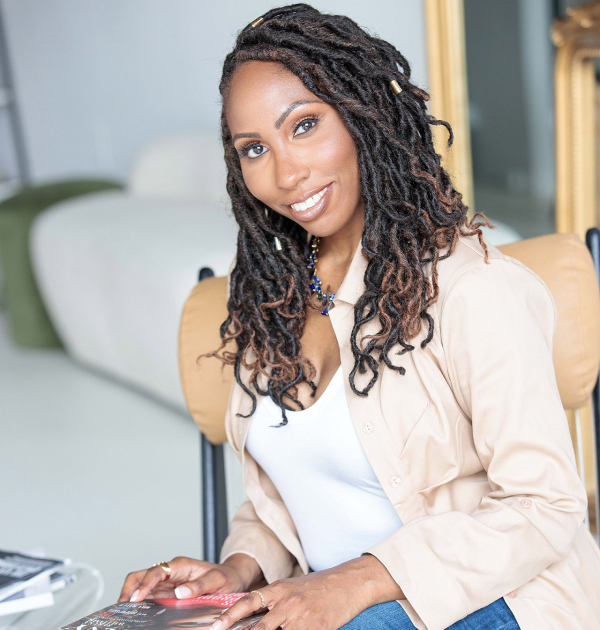 Maybe you’re recently out of a draining relationship where you gave and gave without receiving a fraction in return. Or you’re simply unsatisfied, coasting through life on average.

Whatever the reason, awareness comes first and you’re already there – Yay! There’s inner work to be done to break free of outdated (but persistent) expectations from what we have placed on ourselves from previous generations. Women have internalized limiting beliefs from childhood onward.

So many of us have watched our mothers tirelessly go above and beyond with any support or celebration. We’ve seen her exhaustion firsthand. We recognize her sacrifice of self. Thankfully, we now have options.

You likely recognize that a traditional relationship will give you some security and some support.
It’s certainly OK if your goal is living within the bounds of tradition. However, the new way of dating empowers you to put yourself first. It allows you to advance and benefit in the ways important to you. While I may be biased, please know that I’ve tried both.

The new way of living and dating is so much better!

I had reservations about the expectations society was placing upon me for my relationships and lifestyle. Truthfully, I’ve lived a bit of a double life. On one hand, I followed the “traditional” spaghetti sauce path of dating.

Because it was the image I was supposed to have. Meet a nice guy, eventually settle down, start a family (maybe), and live happily ever after. That was all great…well kind of…the other me was a girl that was stuck in relationships where I gave and gave and gave some more but didn’t receive. There were no spices, no pizzazz, not even a special pasta night. It was not “amore” like the Dean Martin song implies.

I felt less of a woman and found myself having to pull extra weight. Even worse, I was cleaning up my partner’s messes. Maybe it’s because I was used to relationships that left me undervalued, unappreciated, uninspired, bored, and constantly second guessing why I was there. I was tired and wanted more.

I wanted to attract quality generous men – I wanted the ability to tell men how to please me, and I wanted to get what I needed from my relationships. I wanted an upgrade. I left behind meaningless partnerships. Not because they weren’t good enough. By many standards, they were perfectly acceptable.

But I wasn’t accepting average. I had higher expectations.

And you know what paved the way for me? Owning what I want and ASKING for it. I believe everyone deserves to live a lifestyle that they want. To be excited about each day and what it brings. Today, the definition of relationship can mean so many things.

It’s important to remember that YOU are your greatest ally, but you are not alone. Hundreds of thousands of women have achieved their full potential after they stopped listening to the world’s opinion of what women should be.

How do you get there?

By tackling some mindset shifts, of course! As with everything worthwhile, there’s some inner work you need to complete to significantly raise your expectations (for yourself and your chosen partners). Worried that the new way of dating will give you an unflattering label? That by only focusing on successful men, you’ll be pinned with a large “GD” scarlet letter?

Learn why it is nothing to fear.

Next: Part 2 (of 4): Transcending the Gold Digger Label

Get my insanely detailed ‘Before You Ask Checklist’ and you won’t miss a single step.

This resource is free so your love doesn’t have to be.